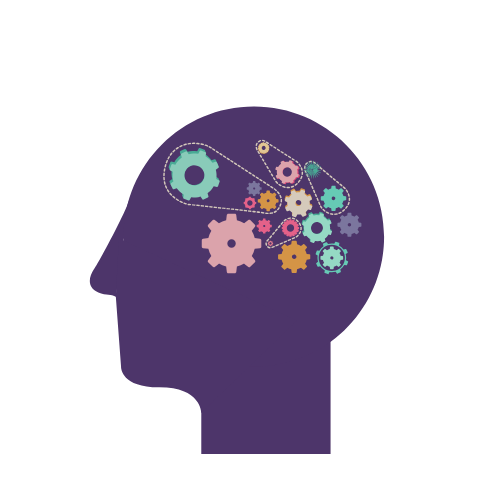 Clutter is a mindset. If you see your space as cluttered, you probably feel your mind, your thoughts, and your days are a “mess” as well. A quantum mindset would be the opposite of clutter.

What does the word ‘clutter’ evoke for you? A pile of papers? An overstuffed closet? A floor littered with toys? What if the word ‘clutter’ and all its definitions did not exist? What if I told you that it’s just an idea locked in your brain? A concept as static as clutter cannot exist in a quantum world, which is always vibrating. Nothing remains static. Everything is moving all the time, always on the verge of new possibility.

Relationships are a great example. A new love is exciting because there is so much unknown, so many possibilities. Later, after getting to know the “facts” about the other person and his or her behaviors, the excitement is often replaced with a stagnant, cemented relationship. And the thrill is gone because we trade the unknown for “reality” and then judge the properties of the relationship as good or bad. The common side effect is we no longer see so many possibilities. Doors of exploration have been shut and padlocked. We’ve severely limited the magic of movement. We’ve traded the unlimited moment for the false security of a static “fact”.

The great spiritual thinker, Eckhart Tolle, talks a lot about needing “space” within that exists between our thoughts in order for the essence of presence to be recognized. Having a mind full of endless thoughts, he tells us, is like trying to live in a room full of clutter and furniture. Our environment reflects our inner life. And sometimes the easiest way to dissolve a lot of chatter on the inside is to remove clutter on the outside. Just as the clearer your mind is, the less tolerant you’ll feel toward outside chaos, so too the clearer your environment is, the clearer your mind will be. Thought follows action as well as the opposite.

So if you think your living space is not up to snuff, but “who cares? no one sees it,” or other things you tell yourself, think again. Give yourself the gift of space.

What does this have to do with clutter? I’m only pointing out that what we call “clutter” is a story we make up as we go. It’s the way we choose to frame a concept. Which is to say, once you take a step back and see it as something you’ve labeled with you own unlimited, creative mind, you can frame it another way. We all get seduced by the “security” of a conclusion; we think we can build a future on that. But it’s a foundation of sand. It’s a moving base. If we train our brains to welcome movement as a good thing instead of a scary unknown, we can be free and live in a clutter-free zone.